All of our offices will close at 3pm today, Monday, January 28, 2019 due to Snowstorm Beth.

Helping You Achieve Your Goals For More Than 125 Years

State Bank of Chilton was founded on April 19, 1891 with initial capital of only $27,000.00. William Connell, founder and first President of the bank, was a farmer from South Germantown, Wisconsin, who immigrated from Ireland in 1836. The original bank building was located on East Main Street next to St. Mary's church. In 1893, William Connell's son, T.E. Connell, the institution's original Cashier and General Manager, became the bank's second President.

State Bank of Chilton enlarged and remodeled their facility in 1912 to meet the expanding needs of the Chilton area. L.P. Fox became the bank's third President in 1935, the only bank President who was not a member of the institution's founding family. In 1937, State Bank of Chilton moved to its present location at 26 East Main Street. During 1937, T.E. Connell's son, A.B. Connell, was elected President. He became the bank's fourth President and was born the same day the bank originally opened its doors.

In 1959, the bank added auto banking to its services offered. Today, three drive-up lanes are available, along with a drive-up automated teller machine (ATM) on premise. In 1962, A.B. Connell's son-in-law, G.G. Bloomer, became the fifth President of State Bank of Chilton.

The bank was extensively remodeled and expanded in 1979. In 1982, G.G. Bloomer's son, Thomas A. Bloomer, was elected President of State Bank of Chilton and serves in that capacity today.

In 1996, a Trust Department was established. The bank also began offering alternative investments as well as discount brokerage services.  After growing a customer base in southeastern Wisconsin, State Bank of Chilton opened a Milwaukee location in 2005.

Growing to Serve You Better

Over the years, State Bank of Chilton has grown with the support of the local community and with mergers and acquisitions which have allowed us to strengthen our services and provide direct benefits to our valued customers. Learn more about the great local banks that have joined State Bank of Chilton.

Proud of our History

State Bank of Chilton takes pride in celebrating the history of the communities we serve.  Each year, we publish a calendar featuring local historical pictures.

Proud of Our Heritage 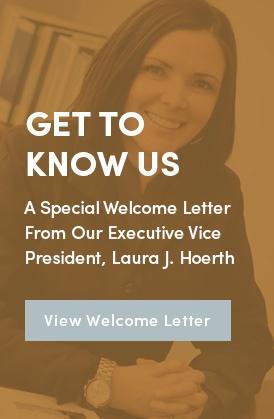